I still haven't quite recovered from NERGC 2015 in Providence 2 weeks ago. I have a backlog of posts, email and tasks to complete and the world keeps turning and won't let me get off yet!

But what a great conference! As one of the Program Tri-Chairs, along with Marian Pierre-Louis and Maureen Taylor, I was happy to hear so many positive things about the speakers and the talks. There were some flubs and miscues, but for the most part everything was great. It always amazes me how many dedicated volunteers and how many grueling hours the various committees put in to pull it off. As I sit here trying to recover, the planning for NERGC 2017 in Springfield has already begun. I'll probably not be as actively involved for the next one, but it was a great experience.

My talks were pretty well received, though I have to consider renaming the one entitled "GPS for Genealogy: Another Kind of Navigation" since when I began with the disclaimer that it was about the Genealogical Proof Standard, and not Global Positioning Systems, several of the people got up and walked out of the room. Oops. I got to speak to a very large group for my talk "Which Autosomal DNA test is right for YOU?" and had some of the best in the business in the audience, including The Genetic Genealogist (http://www.thegeneticgenealogist.com/) himself, Blaine Bettinger, who I finally got to meet.

I met a bunch of cool people working at 2 of the booths in the exhibit hall, APG and BCG, which were conveniently across from one another. And my other favorite activity was the Ancestors Road Show where I met 6 fabulous genealogists with questions about RI research. I should have told them to check out my blog...

The other new activity that I participated in this time was the Special Interest Group, Becoming a Professional Genealogist. Lots of budding professionals were there, talking about taxes and LLCs, and of course, becoming a Certified Genealogist, though there is often some confusion about the difference between being a CG and being a professional.

I can't even choose the highlights! Probably the most significant was meeting old genealogy peeps and making new ones, and getting to listen to some of the best speakers in the business (Judy Russell comes to mind!). That and being able to sleep with no cats, dogs and kid in the room (I treated myself to 2 nights in Providence!)But now, it's back to the old grind, scaring up cool stuff relating to RI genealogy for all to see. 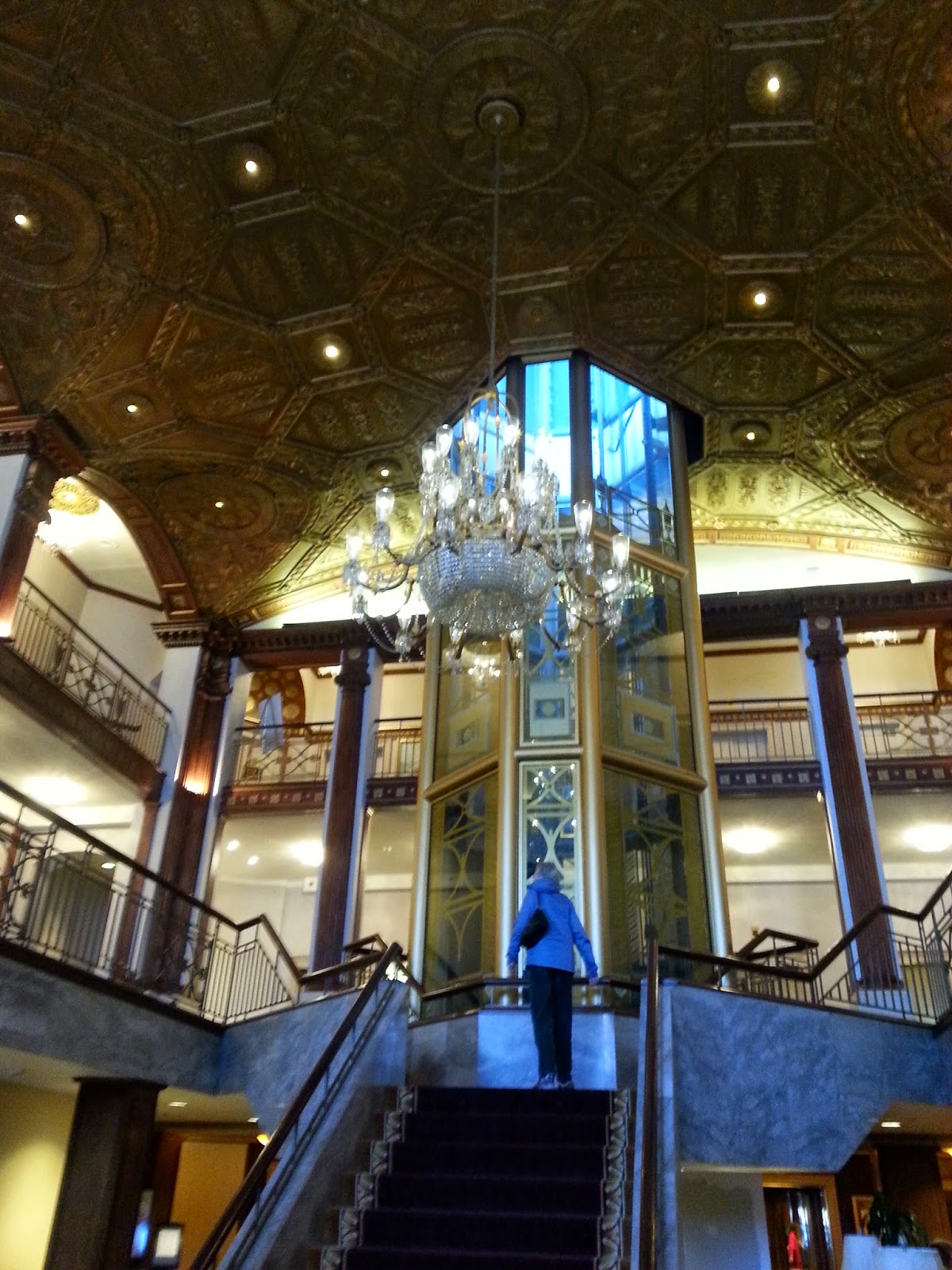 I'm totally swamped this week, getting ready for the New England Regional Genealogical Consortium Conference this week in Providence! So much fun to be had and so many fabulous talks to see by fabulous speakers like Lisa Louise Cooke and Judy Russell, not to mention D. Josh Taylor, David Lambert and ME!

So what is my plan? First, I'll be volunteering in the exhibit hall at both the Board for Certification of Genealogists booth and the Association for Professional Genealogists New England Chapter booth, so drop by and learn about these two fabulous groups. And make sure to drop by the Rhode Island Genealogical Society's booth too! My other favorite RI genealogical society always puts together a great booth in the exhibit hall, AFGS, and they have great books and French-Canadian research goodies for sale.

I'm really looking forward to the opening session, with John McNiff portraying William Blackstone, one of the first European settlers in RI, and the social hour and society fair in the evening. I figure I can even get to some of the Thursday talks in between!

I'll be at the "Becoming a Professional Genealogist" Special Interest Group on Thursday night in Room 553B, so drop by and talk about some of the skills you need to have the BEST job in the whole world!

The biggest items on my to-do list are two talks I'm presenting on Saturday, "GPS for Genealogy: Another Kind of Navigation", about using the Genealogical Proof Standard to solve complex evidence cases and the second "Which Autosomal DNA Test is Right for YOU?" about genetic genealogy and the autosomal DNA tests offered at the 3 major testing companies.

Even though I only live 20 minutes away, I'm going to stay downtown at one of the conference hotels so that I don't miss out on any of the fun, impromptu meetings that happen when almost 1000 genealogists get together for 3 days. Hope to see you there!
Posted by Unknown at 3:00 AM No comments: